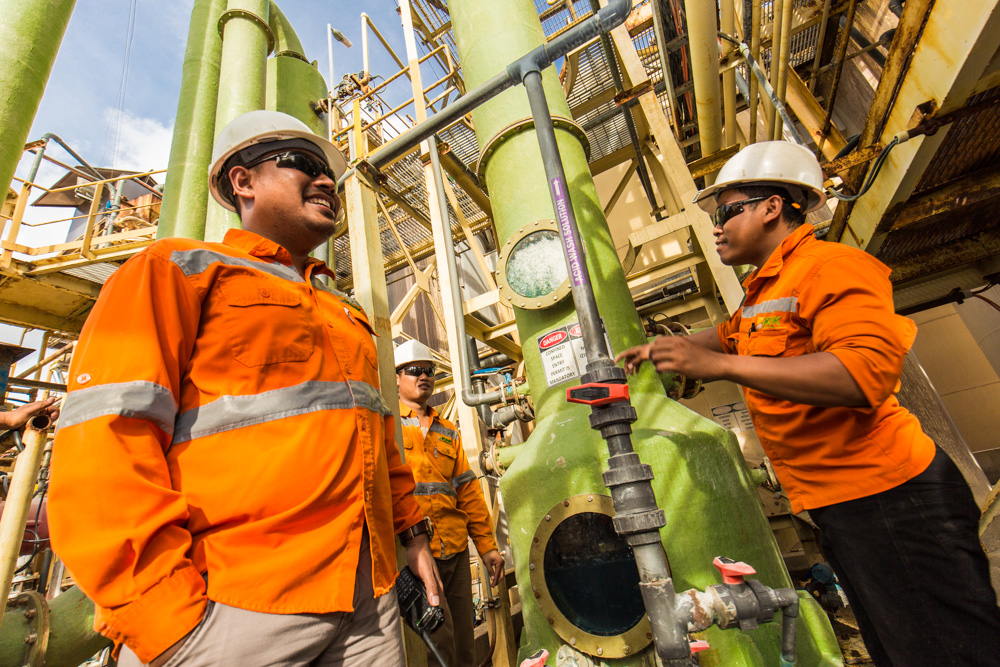 Engineering companies are entrusted with the task of designing and constructing process plants reflecting the best available technologies.  In this capacity they have an advantage in persuading mining companies to implement new technology to enhance project economics.  Historically the risk was arguably borne by the engineering company, especially when undertaking lump sum projects with performance guarantees.  This was the case with the Signet’s Mirah gold/silver project.

The feasibility study showed a marginal project, which on balance was not attractive for funding.

By introducing a cyanide recovery process, along with economic detoxification, allowed the Mirah project to get across the line and become an economic proposition.

As mentioned above, the project was progressed to within two months of commissioning when it succumbed to the 1998 Asian Financial crisis.

Following a recovery of the gold price in mid-2000s the project was revisited.  Luckily, 10 years in the Borneo jungle had not had much effect on the plant and equipment.  Possibly a testament to the quality of construction and equipment selection.

The Mirah Gold/Silver project was finally commissioned in 2012, but the cyanide recovery section was not brought online until 2015.  Again, this demonstrates the focus on production over new technology.

The reason was the tailings were initially being discharged to a temporary storage facility and were not subject to the normal environmental compliance.  However when this requirement changed a destruction step was introduced using SMBS.  This proved expensive and destroyed not only the cyanide, but also the steel work.  The incentive to commission the resin plant became imperative.

The cyanide recycle plant was commissioned in early 2015 and has operated continuously ever since, recovering on average 1t/d of NaCN direct to the leach circuit.

No detox has been necessary since commissioning the cyanide recovery plant and the mine regularly have fishing competitions in the TSF discharge pond.  During a recent site visit a senior government official took a drink of the untreated TSF water to demonstrate his confidence.  It should be noted that no mine personnel followed his lead.

The Mirah project has an average level of soluble copper around 25-50ppm.  The compliance level for discharge to the TSF is <50ppm WAD Cyanide.  Although a metal recovery section is included as part of the resin plant, it has not been utilized after commissioning due to the low soluble copper levels.  Removal of free cyanide is sufficient to meet compliance levels.  A programme to recommission the metals section is now underway to test the base metal recovery efficiency with different eluants.

A major benefit of recycling cyanide has been the ability to increase levels in the leach to 1000ppm NaCN resulting in a substantial increase in silver recovery, up to 90%  Gold recovery averages 97%.

Classic advice states that a high silver ore requires a Merrill-Crowe recovery circuit.  This is attributed to the much higher carbon treatment levels for the high metal content.  Signet Engineering built several process plants, including the Mirah Project, using carbon for metal recovery where silver levels were over 100g/t.  The application has proven to be very successful and has shown increased silver recovery where preg-robbing occurs.